Last week’s march in London was a blast. Nearly half a million protesting about growing inequalities caused by the cuts to public services, with the backdrop of bonuses for the bailed out bankers and unopposed tax evasion. Such a sense of power and determination.
I went up with a gang from UKUncut, who have their supporters here in Lewes. Our home-grown Lewes Four, who were arrested for peacefully protesting outside Boots a month ago, are themselves going to Eastbourne police station tonight to face charges. Though I truly doubt the police has a good reason to charge them. Myself, I am lodging an official complaint with Sussex Police and will also take legal action for my own small arrest and subsequent ‘dearrest’for not giving my name during the same protest.
Far from being the violent anarchists portrayed by some of the media, UK Uncut were peacefully making their cause known up and down Oxford Street by ‘baling in’ tax evaders and banks, ie conducting sit-ins. The finale was a mass occupation of Fortnum and Mason, who are, apparently, themselves tax evaders. You’d think they could afford to pay towards the country’s coffers. Though, sadly, the arrest of the Fortnum and Mason 138 may signal the end to peaceful protest, says solicitor Matt Foot.
If you are reading this and wondering why the lady doth protest too much? I can only say, isn’t it totally obvious that we need to stand up for what we believe in and if necessary make a scene, ideally as playfully and adventurously as possible?
Do please watch this very brilliant and funny video from Rap News Revolution for some context....
Posted by adrienne campbell at 16:14 No comments:

Email ThisBlogThis!Share to TwitterShare to FacebookShare to Pinterest
Labels: protest 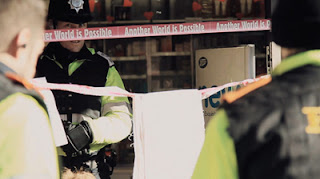 I watched the rushes this week of a new film Just Do It, following the lives of some of the climate protesters who are mostly young but who include the awesome Lewes resident Marina Pepper. It’s a pretty moving story of people who literally put their bodies in the way and who have managed to help stop such climate polluters as Kingsnorth power station and Heathrow’s third runway. These activists call themselves domestic extremists, and their clear aim is to help preserve life on earth.
One of the interesting themes from the film is the realisation that we have to tackle climate change at its source, and that is our industrial growth society and the institutions that perpetuate it: corporations and banks and governments that do not regulate and tax them sufficiently. You don’t have to be an anarchist to be saying that now: mainstream institutions such as nef, the Bank of England and the recently CEO of pharmaceutical Glaxo Kline agree that the system isn’t working. Which is why I will be to march this Saturday with UK Uncut - taking the 8.07 to meet up at 8.30 in Brighton and 11 in Kennington tube. Uk Uncut is a very new movement playfully occupying high street corporate and banks to demand that corporations stop evading paying their taxes. We’ll probably all end up on Oxford Street.
I remember Joanna Macy’s story about there being three types of action necessary for humans who wish to support the Great Turning (away from the industrial growth society to the life sustaining society). Holding actions – such as those of UkUncut, Plane Stupid and Climate Camp, trying to prevent further damage to life. New realities - and the Transition Town movement is firmly in this camp by creating parallel public infrastructure. And change of consciousness.
The latter can be a problem as I notice it’s an easy excuse for some of my spiritual pals not to change their behaviour – ie trusting in God without tying up their camel.
But at any one time, it’s good to be wholeheartedly and realistically involved in any one of the above – after all, what are we here for if not to be co-creators of our world?
Posted by adrienne campbell at 17:13 No comments: 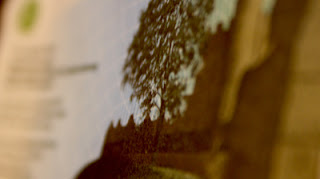 The Lewes Pound CIC (Community Interest Company) held its first AGM last night during which director Patrick Crawford talked us through the story of the Lewes Pound, right from the first small article in the Argus, through the spectacular launch, during the strange week in Septemebr 2008 when Lehman Brothers collapsed and the rest of the financial world seemed on the brink of collapse, and CNN had regular updates going out all over the world: Lewes launches its own currency.
A week later, and all 10,000 of the Lewes Pounds printed had been bought and swiftly put up on people's fridges and scattered around as souvenirs. Totally the opposite of the group's plan: to create a workable currency and to keep money circulating locally. The following week, the sold-out Lewes Pounds were selling on ebay for £30 a pop, amid rumours that the whole exercise was just to make money.
After the first year, about 150 traders were interviewed by a university researcher and about half said that it had made no difference to their business and the other half said that more people had come into their shops. The traders encouraged the Lewes Pound group to print higher denominations, which entailed another fabulous launch at Harvey's Depot, complete with pig roast, loads of stalls and even a specially written song.
Now, nearly 2 1/2 years on, circulation of the Lewes Pound has significantly slowed. Recently-polled traders agree, but are mostly still very supportive of the idea and keen to see it adapted or at least for other ideas to be developed to support the local economy.

The annual accounts were presented by the accountants Knill James, who'd done a lot of pro bono work and said they'd been quite chuffed to create the first annual accounts of a British local currency in well over a century. £5,000 this year of the £12,000 leaked funds had been set aside for a local project to reduce carbon and increase resilience but the CIC's call out for proposals had a meagre response.So the five grand will be put in the care of the Sussex Community Foundation until a suitable cause is identified.
The second part of the evening was a World Cafe session with three questions in which people were encouraged to discuss some of the issues around the Lewes Pound. Basically: What are our values? What's our vision? Where can we take the Lewes Pound next? Some really juicy ideas came out of the session, including the idea of a Lewes lottery; that it be used as a token; that it await a crash and be put into real use; that it transform into electronic form; that the council accept it for taxes; that it help promote development of new social enterprises; that it work with a credit union or issue microcredit. One thing was clear: it was so good to disuss these issues openly, though many more people should have been at the meeting to discuss the future of OUR money.

Posted by adrienne campbell at 20:51 3 comments: 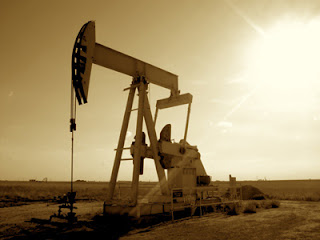 One of the most interesting outcomes of the revolutions in the Middle East is what that is doing to oil prices. Nomura merchant bank’s commodity team writes that crude oil prices could double to over $220 a barrel causing an oil crisis like that of the 1970s.
Jeremy Leggett, my favourite oil commentator, also writes that we’re entering a time of consequences, that with peak oil now a prospective above-ground situation as well as a below-ground.
‘Nobody – whether individual, household, community, city, government or business – can responsibly afford simply to hope for a comfortable outcome on the peak-oil risk-issue any longer. We all need to be drawing up contingency plans, and taking whatever proactive measures we can.
‘Not all the potential outcomes of this latest human drama are negative. There is upside potential for a road to renaissance beyond, including in Saudi Arabia. But we will be challenged, and we will all need to play our parts in holding society together in the tough times ahead. The more proactive we are, obviously, the softer the landing, and the quicker we can engineer the road to renaissance.’
With so much dire news coming our way – including today’s coverage of a UN report of global decline of honeybees – I actually welcome the breakdown of a way of being – caused entirely by the human race - that no longer serves us (and probably never did). The question is, are we facing renaissance – rapid evolution - or revolution? One could be conscious and willing. The other could be bloody, with many losers.
Posted by adrienne campbell at 22:59 No comments:

baby, it's cold outside 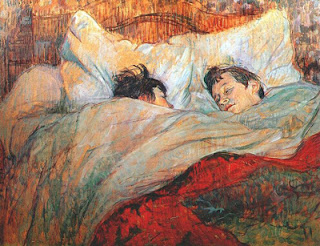 So. Fucking February is over (our family swears our way through the month) and with luck this week is the last of the cold snaps before the spring bursts through, as it always does in March. But I do feel a little nostalgic this year for the winter behind me. It’s been a good one, maybe because I’ve been so close to it and have had to work more creatively this year for my comforts instead of simply avoiding discomfort.
We’ve had the central heating on only briefly at the beginning and end of the day (for the kids’ sake, really) and since we work from home have had to bundle ourselves up in rugs, hot water bottles, socks, slippers, hats, padded jackets and all that jazz when working on computers. Beds piled high with blankets at night... Keeping the wood burner fed has in itself kept us warm, as have twice-weekly forays to the allotment. And hot soups at lunchtime have stoked the fires too.
I recently read a fascinating article that describes the body itself as a heating system. Although we talk so much about insulating our houses these days we focus very little on keeping heat in our bodies through good clothing. The article goes into detail about the kinds of clothes we need to use to keep our skin temperature at a comfortable 32-33 degrees. Two layers of long thermal underwear under normal clothes can reduce the need for space heating by 80%, for example.
The only problem with longjohns, I have found, is that as soon as I start moving about and generating internal heat through exercise, I need to take those layers off. And if they’re near the skin, it involves an entire strip, in the cold. It has been quite hilarious this winter turning up to Transition meetings in an overheated pub room and for half the hardy attendees to have to strip off to their undergarments.
Perhaps this sounds a bit holy or poverty-minded to some people, and I have had varieties of sneer-back about this kind of talk. Honestly, I'm not entirely sure that this is the way to go. Maybe it's true what some people say: 'they' will invent some kind of infinte clean fuel. Or, since 'they' don't seem worried, we don't need to do anything yet. I don't know why I actually enjoy pushing my comfort edge. Maybe it's because when I reach the edge, I realise that I am still at ease, still happy and playful in my own domain and maybe that makes me feel less fearful of a future with less, and more excited about all the new creative possiblities it brings.
Posted by adrienne campbell at 14:58 No comments:

adrienne campbell
I am grateful to be alive